Good news for My Hero Academia (Boku No Hero Academia) fans out there. Your favorite show has been picked up for a brand new season. Season 5 announcement was confirmed in Weekly Shounen Jump magazine’s latest 19th issue, although it did not mention any release date.

Earlier rumors were doing the rounds that Studio Bones had plans to drop My Hero Academia anime after season 4 onwards, due to excessive criticism from the fans.

While it made little sense to drop such a popular series with so much to animate from the source material it did bring some anxiety among the MHA fanbase.

Partly because they think Studio Bones considered dropping the series after how nitpicky the MHA fanbase has been so far. Fans have been criticizing the production house for making animation errors or allowing differences from the manga version in the anime.

Thus the official announcement does bring a breath of relief among My Hero Academia audience. While it is still uncertain if Studio Bones has dropped the project and the new season 5 will be produced by a different establishment.

My Hero Academia or Boku No Hero Academia is a popular anime series, based on Kōhei Horikoshi’s best-selling manga series of the same name. The story began being serialized in Weekly Shounen Jump since 2014.

The anime adaptation by Studio Bones first premiered in 2016, and there have been three more seasons to the anime since then. Funimation is the official English licensing partner that releases the episodes with English subtitles as well as English dubs.

The second last episode from the on-going season 4 will went air on March 28, followed by its English translated version releasing on Funimation. The final episode of My Hero Academia season 4 will air on April 4, 2020 (Saturday). The franchise has also released a movie in February that went on to perform pretty well in the box office. 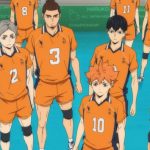 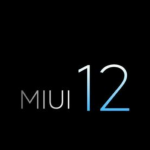