These are unprecedented times. The Corona Virus (COVID-19) is ravaging many parts of the globe and the entire world is on edge. Many countries have locked down economies and not much is happening.

However, despite this lockdown, phone makers are still able to develop and roll out updates to devices. This is kind of resilience is very impressive. OnePlus is rolling out the March 2020 security patch to the OnePlus 7 and the OnePlus 7 Pro.

Apart from the bump to the latest Android security patch level, this update brings a few bug fixes and improvements to the OnePlus 7 and the 7 Pro. These changes are outlined in the following changelog.

Perhaps the biggest improvements that this update brings to the OnePlus 7 and 7 Pro is fixing the annoying bug that users have been facing. This bug meant that users could not find screenshots they’ve taken, on the phone’s Gallery.

On the side, some users are hoping that this update fixes a Battery-Drain issue that has bee afflicting a few users. Other issues that OnePlus 7 and OnePlus 7 Pro users have been facing include problems with the Single Hand mode, Auto translation among others.

As mentioned, it is very impressive to see an OEM rolling out updates even at a time when governments have initiated lockdowns and other punitive measures to try to contain the spread of the Corona Virus. 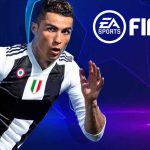 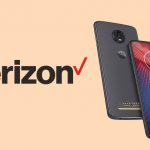