It’s that day of the year again when some One Piece fans like to spread wrong spoilers of the upcoming chapter as a joke. It may be disappointing for some fans, but there is some One Piece news that would surely make us laugh. Particularly speaking, the upcoming release of the latest volume of One Piece Party where Luffy dresses up as Naruto.

The latest volume of One Piece Party will be officially released on April 3, 2020, in Jump plus. However, a free-trial reading of this volume was released today.

What is One Piece Party?

For those who are unaware, One Piece Party is a comedic manga spin-off of the One Piece franchise. Written and drawn by Hide Ando, the series started in the bi-monthly Saikyo Jump magazine’s January issue on December 5, 2014.

In this series, One Piece characters are reinvented in a different setting. The main characters are of course the Straw hats in their post-time skip appearances. Unlike the main series, there is no overarching plotline, and every chapter is a self-contained gag story.

One Piece Party currently has 5 volumes and are only officially available in Japanese. However, the first three published volumes were translated into English by some scanlation sites like mangafreak. The sixth volume will be simultaneously released with One Piece volume 96.

Although the official release of One Piece Party volume six is scheduled on April 3, Shonen Jump Plus released it on their official website. In one of the covers, the worst generation pirates are portrayed as girls. There is also a one-page skit where Sanji and girl Zoro share a drink and a convo. Sanji is obviously not happy.

In the first part or chapter of this volume, the Straw hats, and Heart Pirates are portrayed as ninja proteges. They undergo training under Raizo where they learn how to be full-fledged ninjas. The craziest part is the panel where Luffy and the Straw hats dress up as Naruto characters.

One of the highlights of this volume is when the Straw hats and Heart Pirates clashed against the Seven Warlords of the sea also dressed up as ninjas. The succeeding parts also include other characters like CP-0, marines, Whitebeard Pirates, and the Revolutionary army.

In the latter part of this special release, Sanji finally made his dream come to life. Using his raid suit, Stealth Black, he peeped Nami in the shower. Finally, Killer is shown flying by spinning his blades. Overall, this special release of One Piece Party gives a good laugh. 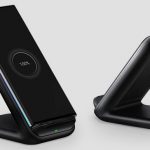