Huawei isn’t done rolling out the stable EMUI 10 update based on Android 10 to its devices. For the company’s Honor devices, the story is just about the same with respect to Magic UI 3.0 update, which is also based on Android 10.

But with the company’s archrival, Samsung, already making moves in the software arena with One UI 2.1 updates to its flagship devices that had already received Android 10 updates alongside One UI 2.0, Huawei isn’t going to sit back and watch.

Instead, the troubled Chinese vendor is now lining up another software overhaul of its own, this time aimed at bumping the in-house EMUI skin to version 10.1, up from the current version 10.0.

As of this writing, Huawei has officially announced the internal beta recruitment for at least 19 smartphones into the new EMUI 10.1 and Magic UI 3.1 programs. The recruitment period ends on April 6.

Of course, your device must meet certain conditions in order to be allowed into either program. For users of the Mate 20, Mate 20 Pro and Mate 20 RS, you must be on EMUI 10.0.0.188 in order to be eligible.

The likes of Huawei Mate X, Mate Xs, Mate 20 X 5G, Enjoy 10S and Honor 20 Youth Edition should join the party in late April 2020. In either case, a total of 2,000 slots will be available, so be sure to submit your interest sooner than later to stand a chance.

Unlike the rest of the devices, though, the Honor 9X and Honor 9X Pro will only recruit internal beta testers without the log version. 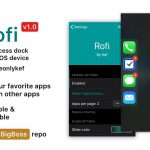