To Your Eternity anime to release in October 2020

Popular Japanese fantasy graphic novel ‘To Your Eternity’ or ‘Fumetsu no Anata e’ will be adapted into a TV anime series by NHK ETV. The anime will be produced by Brain’s Base studio, which is well known for off-the-beat titles like Baccano!, Durarara!, and Tonari No Kaibutsu Kun, etc.

The announcement came with the official release of the anime’s promo video. You can catch its English-translated version currently streaming on the show’s YouTube channel.

The anime will premiere in October 2020, and will consist of 20 episodes. Masahiko Murata will be at the helm of directing the series while series configuration will be overseen by Shinzo Fujita. Yabutano Koji is designing the characters.

The promo opens with a monologue on a fantastical ‘orb’ and we are given glimpses of the key characters and their circumstances. The epic background music is befitting to this anime’s setting which promises a whole new fantasy universe to the audience.

To Your Eternity is written and illustrated by Yoshitoki Oima and began serialization on Weekly Shounen Magazine since 2016. As the name suggests, the story is centered around an immortal being that travels across the earth to keep a record of this world.

As time goes by, the ‘orb’ takes the shape of a human boy and his wolf. The series also introduces us to many other characters and takes the readers through various adventures of this immortal boy.

In words of the creator himself:

It(orb) changes shape from a ball to a pebble, a wolf, and a boy, but wanders unnoticed like a baby. Fushi grows to imitate human beings and learns warm feelings from being taught to live by the people he meets.

The English translated version of the manga has been so far licensed by Kodansha USA for a digital and printed English release, therefore it’s a no-brainer that it commands a sizable fanbase in the States. 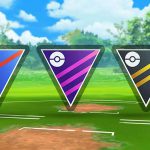