It is amazing just how far you can customize your iPhone after you jailbreak it. This opens up a whole new world of customizability, previously only seen on Android Custom ROMs or Android launchers.

Today we have yet another Jailbreak tweak, PokeBar. What is PokeBar you ask? Well, this is a nifty jailbreak tweak that allows users to change the default, clean iOS notifications on their iPhones into this retro-looking Pokemon inspired look.

This tweak doesn’t exactly do anything else besides changing the aesthetic look and feel of the notifications on iPhones. The project, also happens to be inspired by a concept request by a Reddit user on the jailbreak forums.

You might have noticed that the attached screenshots show both light and dark versions of the PokeBar-tweaked notifications. This is because the developer was able to build PokeBar in a way that, it obeys and follows the system’s Dark mode settings and adjusts itself accordingly.

This tweak, however, simple-looking might have bugs and the developer warns users who would like to try this out on their devices on the same issue in the release notes.

I was bored in quarantine and decided to make a tweak! This is based on this concept. PokeBar features a dark mode and light mode based on system settings. I am not the best dev in the world so I apologize for any bugs and I will try to fix them asap.
Source

The tweak is also lacking some essential features, at least in its current form. For instance, the PokeBar does not have a settings menu. The developer has also Open-Sourced the tool so other developers are free to pick it up and modify it in adherence to Open Source licenses.

Users who have jailbroken their devices and would wish to try out PokeBar find the released version here on Packix. It is important to note that this tweak only works on iOS 13 at the moment and has only been tested on iPhone XS.

Clearly, this is still a work in progress. We can’t wait to see what other features are going to be built into this tweak.

NOTE: We have these and many more jailbreak tweaks in our dedicated section. 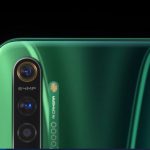