If you had bought tickets to see BEASTARS theatrical adaptation on stage, it is time to ask for a refund. In light of coronavirus pandemic in Japan, ‘Beastars The Stage’ has canceled all of their planned stage events.

As per the statement, in order to prevent health risks for audiences, performers, as well as other members of the crew who have to come early for stage set-up and decoration, it was decided to cancel the show for now.

Stage performances scheduled to be held at Nikkei Hall from 30th (Thu) to 4th (Sun), Nikkei Hall on May 8th (Fri) to 10th (Sun) Matsushita IMP Hall will be canceled did.

The management for the show is currently considering postponement options and looking for a date in the future when the situation in Japan (and the world) stabilizes somewhat and people are less prone to health risks.

The official statement also reassured fans who have already purchased their tickets for a refund, with various methods to process the refund listed on their website.

Beastars the stage is based on the popular Netflix original anime series that released in Winter Anime 2019. The stageplay adaptation of ‘Beastars’ is being directed by Naohiro Ise. He would also oversee the screenplay for the act.

To supervise the overall production and narrative the play had roped in Weekly Shōnen Champion’s editing department. Apart from this, Kaoru Murakami took over art direction, while Eiji Torakaawa joined as technical direction. Chiaki Hisago is in charge of costume and Yuko Niiduma for hair and make-up.

BEASTARS season one was launched on Netflix Japan on October 8, 2019. Soon it started airing from October 9, 2019, on Fuji TV’s +Ultra programming block.

From March 13, 2020, international fans could also stream the show exclusively on Netflix. Earlier we had shared how the show-makers plan to put out the next season of BEASTARS by 2021. Head here to catch more details on season 2. 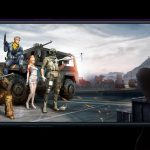 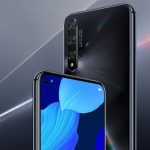