Demon Slayer manga has just crossed 200 chapters! Kimetsu No Yaiba or Demon Slayer as it is referred to in English has just released the 200th chapter on Weekly Jump’s 19th issue and its official handle on Twitter has shared this splendid full-color cover with fans.

The Japanese RAWs for Demon Slayer: Kimetsu No Yaiba chapter 200 came out today along with popularity poll results. The official handle on Twitter also released a cute artwork for the charcoal version of Jiro, which had previously won the popularity polls.

Along with the hard print copies that are available to buy on stores, the latest chapters can also be read digitally. The electronic release of Demon Slayer: Kimetsu No Yaiba is out here on Weekly Shonen Jump’s website. What’s more, you can now catch chapter 200 in full-color on Zebrac.com.

Additionally, the Demon Slayer franchise also introduced an array of new goods in collaboration with store Craftholic.To celebrate they released figurines and accessories like sticky hooks with the character designs that one can fix on glass and tiles.

Apart from this, we also have Inosuke’s pillow among products related to the franchise.

Demon Slayer follows the fantasy adventure of Tanjiro who sets out on the path of the Demon Slayer to save his sister and avenge his family! The manga began serialization in February 2016 and became one of the most popular mangas selling over 40.3 million copies.

The series is published in English by Viz Media, and in English and Spanish by Shueisha on their Manga Plus platform. The anime adaptation by Ufotable aired in Japan from April 6 to September 28, 2019.

Its anime adaptation was picked up by studio Ufotable and the series started airing in Japan from April 6 to September 28, 2019. A movie adaptation as a sequel has also been announced and it is expected to premiere in 2020. The film will be based on the “Infinite Train” story arc from the manga series. 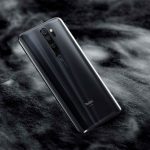