Huawei is one of the biggest players in the smartphone industry today. Granted, fellow Chinese OEM, Xiaomi, recently passed Huawei to become the third biggest smartphone maker in February but still, there’s no getting away from the fact that Huawei is huge.

In recent times, we have seen the Chinese OEM fall into trouble with the U.S government, leading to the company being unable to use Google services on its smartphones. This move, no doubt, shot the company’s flagship, Huawei Mate 30 Pro in the foot. A gorgeous piece of tech with impressive internals, but very limited as most of the world heavily relies on Google Services.

Huawei is doing something about this trade-ban. We have seen reports that the company is working on its own homegrown Operating System that will enable it break its ties and limit its dependency on companies like Google. There were also reports that the company, along with other giant Chinese companies are working on their own version of Google’s Play Store. More on that here.

This is a huge milestone because, this is one of the first mainstream apps to be available on Huawei’s Store. We can only hope that this continues and Huawei’s Store becomes robust enough to, at least, stand up against Google Play Store. Then the Android ban wouldn’t matter as such.

As it stands, not many apps can be installed on Huawei devices and work properly. This is because many Android apps still heavily rely on Google APIs, so even if you manage to sideload the app onto your Google-less Huawei device, it might not work well.

This whole Huawei Ban issue is such an unfortunate case because Huawei makes some of the best hardware in the market today. Not having Google apps means it does not make sense to own one of these impressive devices.

NOTE: We have these and more Huawei stories in our dedicated Huawei section. 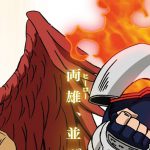