Before Android 10 introduced a system-wide Dark theme, the feature had been one of the most-requested by the Android fraternity, more so those using smartphones with AMOLED screens.

By the time the search giant baked the feature into its latest OS, several app developers had taken the matter into their own hands and added the Dark mode toggle to their apps. As you would expect, Google apps were also among the first to get the dark theme.

However, it appears multiple owners of OnePlus devices are having issues with the Google app Dark theme toggle. As of this writing, affected users say the toggle to enable Dark theme is missing from the app’s settings.

As you can see from the screenshot above, the Google app has the option to enable Dark theme in the settings. However, owners of OnePlus devices say this option is suddenly missing from their units, yet it was there not long ago.

Some of the affected users say they have been using the stable version of the Google app with the dark theme, which is a bit surprising given the feature was only made available to all beta testers last month and has yet to hit the stable channel.

Apparently, the dark theme is suddenly disappearing from the app, some even in the middle of using it.

Happened to me too. It was weird. I was browsing my phone for one second. Looked away, then the google app suddenly became light. Just the google search app though. Everything else remained the same
Source

Just happened to my op6 Google app. Looks like a server side thing by Google.
Source

Up to this point, no one has an explanation regarding what is happening behind the scenes. But there seems to be a solution for this issue and it involves joining the Google app beta program on the Play Store.

Alternatively, you may also force dark mode via the developer options on your OnePlus device. This way, the system applies a forced dark mode to all apps, including the Google app that isn’t working. However, some say this option looks horrible on some apps.

Perhaps this should be reason enough to back OnePlus’ plans to add a forced dark mode in OxygenOS, maybe the implementation will be better than Google’s. 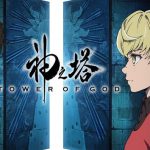 Tower of God Episode 1: New visuals from 'Ball' and spoilers they reveal 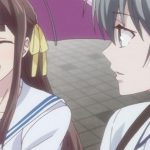