Valve has been kept pretty busy after they dropped the big patch 7.25 this month, which saw a lot of interesting interactions and new abilities come into play. The patch highlighted some heroes like juggernaut, who got an aghanim upgrade.

However, it did not seem so good on the first look, but turned out to be massively overpowered, in the hands of pro players. Other heroes that made a comeback with 7.25 were Meepo and Ursa, both of which subsequently got nerfed in 7.25a. WePlay! Charity tournament looked like the perfect opportunity for Valve to balance the sheets out. The games were entertaining and not too serious to gauge further balances needed to be done. Then today Valve pushed out another update to nerf 2 heroes – Weaver and Lycan. Both the heroes pick rates skyrocketed as soon as 7.25 started, cause of a few small buffs and changes to some items like Necronomicon which has also got nerfed in this patch. Have a look at the changes & complete patch notes down below. The ring of tarrasque seemed to be a nuisance for players as tanky heroes would just buy an early ring and sit in the lane with as much regen as constant tangoes. This was very annoying for supports and squishy carry players and really needed a nerf which it got. Another item nerf was the Necronomicon, which was abundantly used this past week, even on heroes like Spectre which virtually has no need of it. Let’s see what more heroes need balancing after 7.25 update. Happy Dotoing! 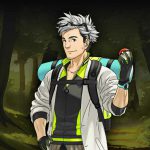