When it comes to augmented reality mobile games, Pokemon Go is undoubtedly one of the best that is available on the market. The game was launched in 2016 and since then the game has been running strong & has a very large community worldwide.

Pokemon Go game encourages players to go outside and perform in-game tasks and events. But due to Coronavirus outbreak, people are bound to sit in their homes. Many countries have opted for a lockdown of cities where the virus is spreading fast.

Coronavirus pandemic has also affected Pokemon Go. Niantic has canceled March Community Day & Safari event in the wake of COVID-19. On March 12, Niantic also made some changes to Pokemon Go which will stay active until further notice. 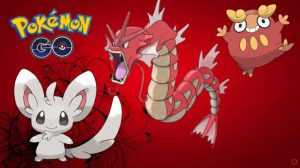 A one-time purchase bundle of 30 Incense is currently available for 1 PokéCoin. Also, Incense will also last for one hour. Egg hatch distances have been halved if they are placed into Incubators. Gifts are now dropping more often from Pokestops.

Pokemon habitats have been increased and more Pokémon are currently appearing in the wild. Well, there is good news for Pokemon Go players as John Hanke, CEO of Niantic has confirmed that some more adjustments are coming to the game.

This info was revealed, when a Pokemon Go player & Twitter user, DrachenspalterD asked John, How about if every player got an emergency stop until the crisis was over? John replied by saying “Working on more adjustments”. Have a look at the conversation down below. Well, many games are offering free skins, locked characters & various bonuses in the wake of the COVID-19 outbreak, to encourage players to stay home. So we can expect something similar from Niantic. We might see some daily login bonus granting balls & berries to players. We are keeping a close tab on all the developments & will update you with more information, whenever it arrives.

Poke Balls box is live. It will provide players with 100 Pokeballs in exchange of one Pokecoin.

For the limited time, Niantic has made some changes to Go Battle League & Trainer Battle with friends,which have been detailed below.