None of the last three seasons and the on-going fourth season was ever picked up by Netflix Japan for streaming. One would think Netflix would naturally be streaming the anime series in its own home country Japan, given that Netflix has been the primary platform to stream the show internationally.

But, that isn’t the case. Japanese fans have so far watched the series on various network TV channels, or streamed it on Hulu, in partnership with Funimation.

And hence, Netflix Japan’s latest announcement to start streaming My Hero Academia in three days, comes as a huge relief to Japanese fans who prefer Netflix as a streaming service.

The streaming giant made the announcement over it’s official Twitter handle, with a cool visual from the show. The tweet also acknowledged how long the viewers have waited for this.

“3 days to start distribution ⃣ ?/ Meeting the no.1 hero of longing changes everything! ! This is the story ❗️ of a boy with no personality until he becomes the best hero. My Hero Academia ▶️ netflix.com/jp/title/80135… ｡oO(I’m sorry to keep you waiting. No, i might have kept you waiting too long…. )”

Viewers in Japan will be able to watch My Hero Academia from season one on Netflix in just 3 days. One the other hand, the lastest episode from the ongoing season is expected to release on March 28, 2020.

The anime is currently on its last leg of season four, and the latest visuals from the finale’s promo has given fans more than enough reasons to hold their breath in anticipation.

My Hero Academia or Boku No Hero Academia is a popular anime series, based on Kōhei Horikoshi’s best-selling manga series of the same name. The story began being serialized in Weekly Shounen Jump since 2014.

The anime adaptation by Studio Bones first premiered in 2016, and there have been three more seasons to the anime since then. The franchise has also released a movie in February that went on to perform pretty well in the box office.

As detailed in an earlier article, My Hero Academia: Heroes Rising released on February 26, 2020, to earnings of a jaw-dropping 2,526,900 US dollars on its first day. 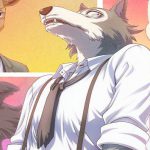