With back to back release announcements, it’s a very good day for fans of Kimetsu No Yaiba (Demon Slayer) franchise. To start with, Weekly Shounen Jump 17 issue just dropped the Japanese RAWs for the latest chapter of Koyoharu Gotouge’s Demon Slayer: Kimetsu No Yaiba manga.

What’s even more impressive is that readers can catch the full-color version of Demon Slayer: Kimetsu No Yaiba on Zebrack-comic, as per Jump’s official Twitter handle.

How to read Demon Slayer chapter 199 in full color:

Those who are subscribed to the digital edition of Weekly Shounen Jump can also check out the chapter from their smartphones in full color, which is a limited edition privilege given to Jump’s online readers. English readers can soon catch the latest chapters on Viz Media.

Additionally, on Sunday, “Aniplex 48-Hour TV” live-stream event on the AbemaTV” released promotional videos for the two upcoming game adaptations of the manga.

Demon Slayer follows the fantasy adventure of Tanjiro who sets out on the path of the Demon Slayer to save his sister and avenge his family! The manga began serialization in February 2016 and became one of the most popular mangas selling over 40.3 million copies.

The series is published in English by Viz Media, and in English and Spanish by Shueisha on their Manga Plus platform. The anime adaptation by Ufotable aired in Japan from April 6 to September 28, 2019. 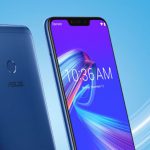