Android 11 is around the block and we have already seen Google pushing out the Developer Preview 2 for the developers to test out their apps to work on devices running the new OS.

But, smartphone OEMs are yet to completely update their eligible devices to Android 10 OS. Huawei also has quite a bunch of devices waiting in the pipeline for getting the EMUI 10 (Android 10) updates.

In process of updating the phones to Android 10, Huawei has now ticked off two devices of this list and pushed the EMUI 10 update for the Huawei P Smart Pro and Mate 10 Porsche Design.

Let us take a look at the EMUI 10 updates received on both the devices, one by one:

PiunikaWeb readers should note that Huawei has already made the EMUI 10 (Android 10) update available for Huawei Y9s, which is also known as Huawei P Smart Pro in the European markets.

The EMUI 10 update for Huawei P Smart Pro is currently live in Bulgaria and other regions as expected to follow soon. The OTA arrives with the version V10.0.0.189 and weighs in a massive 3.47 GB in size.

It brings in all the features of the EMUI 10 like the new user interface, dark mode, new animations, GPU Turbo, phone clone, etc., along with Android 10 specific features as well for the Huawei P Smart Pro.

[Performance: stable and smooth]
– GPU Turbo:
Improves the smoothness and stability of the system when playing games.
– Phone Clone:
Improves the connection and cloning speed.

[Media and entertainment: more fun]
– AppAssistant dropzone
Adds a dropzone for AppAssistant, allowing you to quickly access services such as game acceleration and do-not-disturb.

Another Huawei device, i.e. the Huawei Mate 10 Porsche Design, has reportedly picked up the EMUI 10 update. Note that the device was launched back in 2017 and is powered by Kirin 970 chipset and came with Android Oreo out of the box.

The device has already received one major firmware update in the form of Android 9 Pie and this EMUI 10 (Android 10) update seems to be its last.

Coming back to the latest update, as per a user report on the Weibo platform (the Chinese equivalent of Twitter), the OTA arrives with version V10.0.0.156.

It is clear from the screenshot, that the update has made its way for the Chinese units of Huawei Mate 10 Porsche Design, and other regions might follow soon. 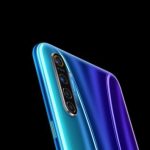