As we know, popular shounen manga Seven Deadly Sin (Nanatsu No Taizai) by Nakaba Suzuki is ending in volume 41. The last chapter 346 will release on April 25 in Weekly Shonen Magazine.

If you are upset that there will be no new Nanatsu no Taizai chapters to look forwards to after this story folds, we have good news for you. A sequel to Seven Deadly Sins manga is in the works already!

Kodansha announced the sequel with an illustration in the latest issue of Weekly Shōnen Magazine on Wednesday. It came along with the final chapter of the original manga. The sequel manga is titled The Four Knights of Apocalypse or Mokushiroku no Yon-kishi and it will center around Tristan, as one of the four Knights.

Earlier the name of the sequel manga to Seven Deady Sins was leaked on social media, right after “Nanatsu no Taizai: Fundo no Shinpan” TV anime was announced for release in October 2020.

Nanatsu No Taizai manga sequel will focus on King Authur?

Suzuki himself had confirmed the possibility of a sequel several times in interviews. While answering a question in Weekly Shōnen Magazine’s Answer Us Cap’n! he had hinted that the sequel would deal with King Authur.

Two years ago, this Reddit thread had predicted the possibility of a Seven Deadly Sins manga sequel on King Authur dealing with “Tristan and Lancelot would appear, who, based off legend are children of Meliodas and Elizabeth as well as Ban and Elaine.”

Coincidentally, Seven Deadly Sin’s second-last chapter, chapter 345 introduces Lancelot and Tristan as Meliodas and Elizabeth, Ban and Elaine’s kids. You can read the spoilers for Nanatsu No Taizai Chapter 345 in more detail here.

Does that mean we can expect the sequel to deal with the legend of King Authur? Where does the name The Four Knights of Apocalypse fit in? Going by Biblical reference that Nakaba Suzuki is known to draw from, it refers to the last book of the New Testament of the Bible.

While the author has yet to officially confirm, his previous interviews and the last few chapters of Seven Deadly Sins strongly suggest the sequel manga will deal with the King Authur, Tristan and Lancelot.

Till then stay tuned for the latest updates and spoilers for Seven Deadly Sins last chapter 346 and the manga ending.
For more updates and features on your favourite manga and anime, head here. 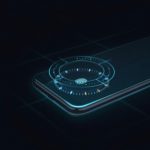