Thanks to Google’s ingenuity in computational photography, the Pixel smartphone lineup is considered the best in this regard. Matter of fact, the Google Camera remains the shining star of the Pixel lineup to date.

This is despite having had a single-lens camera for what seemed like ages while the likes of Nokia 9 PureView and Xiaomi Mi CC9 Pro have up to five lenses.

With the dual-lens Google Pixel 4, the search giant took photography a notch higher owing to the hardware improvements that had been missing since the first-generation Pixel. Google also continues to improve photography through regular updates to the app, the latest arriving as Google Camera 7.0.

Below are some of the features included in version 7.0:

– Exposure controls to adjust the brightness and HDR of your photo.

– Touch and hold shortcuts added to the shutter for the best shots.

If you can’t get your hands on Google Pixel 4 and co. yet you badly want some of the above photography greatness, Android has room for that. Even better is that Realme fans who wish to try the Google Camera 7.0 app on their phones can do so right away.

In a post made in the Realme Community, versions of the Google Camera 7.0 app modified to work on various Realme smartphones have been listed by a forum moderator alongside download links.

With these Google Camera mods, popularly known as Gcam, all you need is to download and install like a regular APK file since the dirty work of tuning them to work with your specific device has already been done for you.

Note that like all Gcam mods, some features in the latest Gcam 7.0 mod might or might not work perfectly on your Realme handset. For missing models, the moderator says updates will be made to the post with Gcam mods for these units. Similarly, we’ll continue to regularly update this story too. 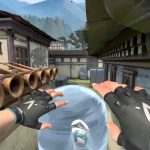 How is Valorant game different from Overwatch & CS:GO ?