Epic Games is back with another set of games to giveaway! Epic Games has been giving away the games since 2019 to bring in more user base to its game store. PC gamers can once more rejoice to the freebies offered by Epic Games.

Next week Epic Games is giving away Tormentor X Punisher and Figment.

Figment is an Action/ Adventure Indie game filled with humor and a wide variety of musical tracks. The game is known for its thematic approach and artistic style. The game was released on September 22, 2017

Tormentor X Punisher is a fast-paced Action, Indie game where the player gets to kill bosses in random orders play around with other players from around the world and even play local co-op with your friends. The game was launched on June 2, 2017.

The games will be available for free from the 26th of March till the 2nd of April.

In order to add the games to your account, all you have to do is signup/register yourself on the epic games website, download the Epic Games Store client for your computer (PC) and purchase the game to get it added to your library. And then, the games will be free to keep forever.

FYI users who do not have a PC/desktop can also add the games to their account by visiting the epic games store website on their mobile devices and can claim the freebie as well. As a side note, (good for those who would like to maintain or grow their current Games Library).

For those who will be/ are having long weekends off from schools/colleges/work this is a great way to pass the time playing games being given away on the Epic Store. And while you guys are at it, check out the current games that are free on the store here! 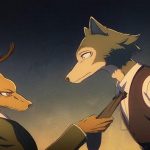 BEASTARS season 2 release confirmed: Here’s when and where to watch it