A new update for Harry Potter Wizards Unite is available. The latest update for the game has brought many enhancements to the game. The game was launched on June 21, 2019, and since then, the game has been running strong.

Wizards Unite game has further increased the popularity of the Harry Potter franchise. The game has been developed by Niantic, the company behind Pokemon Go. However, Wizards Unite didn’t become as popular as Pokemon Go. In addition, the Harry Potter Wizards Unite March Community Day has also got postponed. No further date has been announced for the Community Day yet. Well, it is not the only game which has been affected by Coronavirus, Pokemon Go also received some changes in the wake of Coronavirus pandemic.

For a quick refresher, Harry Potter Wizards Unite has only received 5 million downloads on Android devices. According to Sensor Tower data, the game generated $22 million for Niantic in its first month of release.

However, after the first month & until December 2019, the game only generated $10 million for Niantic. It’s previous augmented reality game, Pokemon Go generated a total revenue of $770 million in its first five months which is way greater than Wizards Unite. 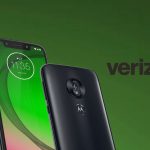