You can now run checkra1n from Android devices When we talk about iPhones, probably one of the things that come to our minds apart from the list of features and functionalities the iPhone offers is the restrictions that Apple has imposed upon it.

Let’s face it, you cannot download music or video directly from the internet, there are no options to install the older version of the iOS, limited customizability, etc.

On the other hand, Android gives you a whole lot of freedom when it comes to customization. It actually lets you make your smartphone, your own. Don’t take me wrong, but there are certain limitations that hinder the true potential of an iPhone.

But, thanks to jailbreaking, users can now also do some major tweaks and customizations on their iPhones. This is similar to what we do with the rooting procedure on our Android smartphones and devices.

Basically, jailbreaking provides the admin privileges for removing software restrictions put up by Apple on iOS. You can install un-approved or as they say ‘third-party’ apps on your iPhone after jailbreaking your phone.

However, as per a recent development, you can use the checkra1n tool from an Android phone to jailbreak your iPhone or any iOS device. Moreover, now with this technique, jailbreaking your iOS device will now become easier and speedier.

As explained in a Reddit post, below is the complete post with pre-requisites and a complete guide on how to run checkra1n from an Android device:

[Prerequisites]
– An iDevice compatible with checkra1n.
– An Android device with root access. Newer Linux and Android versions are more likely to work. I used a Sony Xperia XZ1 Compact on Android 10 with kernel 4.14, rooted with Magisk 20.3.
– A terminal app on your Android device, for instance Termux.
– A way to connect your two devices. In particular some of the Apple USB-C to Lightning cables cannot be used to put iDevices in DFU mode due to missing pins. I used the Exsys EX-47990 USB-C to USB-A adapter and the Apple USB-A to Lightning cable.

1. Download the checkra1n binary for Linux and the correct µarch of your Android device.
2. Put it in a directory where execution is allowed, I used /data but the Termux virtual storage may be a cleaner solution.
3. Connect your iDevice to it.
4. Open the terminal app and gain root access.
su
5. Check that your iDevice is recognized.
lsusb
The USB ID should be 05ac:12a8.
6. Put your iDevice in DFU mode, see https://www.theiphonewiki.com/wiki/DFU_Mode for instructions.
7. Check that your iDevice is still recognized.
lsusb
Now the USB ID should be 05ac:1227. If it’s no longer listed try to unplug the USB-C cable from the Android device and plug it again.
8. Run checkra1n in CLI mode.
./checkra1n -c
9. Profit! (or probably, try again since it’s not very reliable)

You can check out the demonstration of running checkra1n on an Android phone, below:

Let us know in the comments below if you tried to run checkra1n jailbreaking tool on an Android phone and whether you were successful in it or not?? 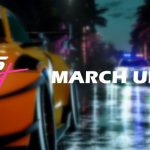