Sony started rolling out the stable Xperia XZ2 and Xperia XZ3 Android 10 update in early January 2020 following the release of the same OS to the newer Xperia 1 and Xperia 5 in late 2019.

The update was released with software build version 52.1.A.0.532, tagging along all the goodness of Android 10 and a new security patch level to go with.

But it wasn’t long after before annoying fingerprint and alarm bugs, among other bugs, started showing up on both Xperia XZ2 and XZ3 units that had just switched to the new OS.

While it’s sometimes usual for issues to pop up here and there after a major software update, this wasn’t the case after the Xperia XZ2 and XZ3 Android 10 update. As a result, Sony halted the rollout in order to fix the many issues in the initial firmware.

Nearly three weeks later, the Japanese tech giant has now resumed rolling out the same update to the two series of devices. For some reason, though, the update is arriving with the same software build version 52.1.A.0.532 released last month, something that is causing confusion.

Despite keeping the same firmware version, we want to believe the re-released Xperia XZ2 and XZ3 Android 10 update has been patched and it’s now bug-free. But of course, we can only be sure after installing and actually using the updated firmware.

Reports of people whose units have picked up the update are still scarce to come by, but a quick look at the Xpericheck website does confirm new firmware updates available for the Xperia XZ2, XZ2 Compact, XZ2 Premium, and Xperia XZ3.

Yeah, all four devices are receiving their Android 10 updates with the same software version 52.1.A.0.532, but as usual with OTA updates, it may take some time before all units out there receive the download notification.

Sony is now rolling out Android 10 to the Xperia XZ2 family in the U.S. The update tags along February 2020 security patch, which isn’t the latest version available, but it really doesn’t matter now that there is a new OS in town. 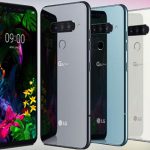 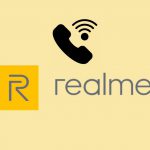