Realme UI borrows a lot from the popular ColorOS found in devices made by its parent company, OPPO. Matter of fact, most Realme phones today still have ColorOS 6 installed as they wait to make the switch to Android 10.

As expected, Realme UI still comes with many of the features found in ColorOS, but one of them, Game Space, seems to be broken following the switch to the new OS, at least for the few devices that have picked up the new software.

In worst cases, the app is completely removed from the phone and can’t be found anywhere, not even in the various app stores.

I lost Game space of my Realme 3pro, but couldn’t find in google search. So any how sent me game space, i really need this. Can you sent me via any link ?
Source

Hey i have mistakenly uninstalled game space from my Realme 3 pro. Now I want to download it again but i can’t able to find it at any platform like game store or app store. Please assist me to Install Game Space again.
Source

Game Space came about in 2018 and has since been a mainstay in ColorOS-based devices, including Realme phones. Game Space keeps all your installed games in one place for easy access.

But as soon as the Realme UI update comes into play, the Game Space app either doesn’t work as it used to before the update or it’s deleted from the phone and never to be found again. So, what now? Well, there seems to be a workaround for this issue.

Realme users experiencing Game Space issues after installing the Realme UI update aren’t just limited to the Indian market. But the issue is also affecting the various Chinese Realme variants that have picked up the update to Android 10.

According to a statement made in the official Realme community (China), the only way to fix this issue is by sideloading the Game Space APK to your affected Realme phone.

So far, there is an APK for each of China’s Realme X, Realme X2 Pro, Realme X2, Realme Q, and Realme X Youth Edition here. If you are using the non-Chinese variant of the Realme 3 Pro or Realme XT, there is also an APK file for you to download and install manually here.

At this rate, we should also see Game Space APK files for Realme X and Realme 5 Pro go live in India. More devices should also get their APKs once they’ve been switched to Android 10, although future Realme UI updates may come with this issue resolved. 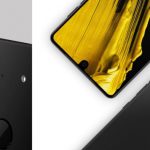