Realme is no longer an unknown brand, thanks to its ever-expanding smartphone portfolio. Realme 1 is the first smartphone that this Chinese OEM came to India with and since then, it has seen its growth multiply at a rapid pace.

One of the contributing factors to the growth of Realme in India is its strong user base and user community. In fact, this has been of the strong footholds of many Chinese OEMs (example OnePlus) in order to exceed their sales expectations.

In line with this, for keeping the users updated about the latest happenings around Realme phones and devices, every month Realme’s CEO Madhav Seth takes selected questions from users and comes up with a response via a YouTube series called AskMadhav.

Yesterday, it was the 15th Episode of AskMadhav where the CEO has spilled out new information about the new developments in the backyard of Realme. Let us take a look at some of the interesting and important information, one by one:

Why is Realme UI rollout slow?

When asked why the Realme UI update is rolling out slowly, Madhav Seth stated that they were successful in updating the Realme 3 Pro and Realme XT to the latest Realme UI in January 2020.

What the user needs to understand is that the company is upgrading the said devices from ColorOS 6 to Realme UI and from Android 9 to Android 10 which takes a bit of time as Realme wants to ensure that updates are bug-free.

Why some features like Doc Vault, Music Party and Soloop App are absent from Realme UI?

When asked why the above-mentioned features are missing from the Realme UI, Madhav responded that, since Realme is pushing the first wave of Realme UI to the compatible devices.

Realme developers are working on bringing in some cool new features on Realme UI. In fact, the Doc Vault and Soloop app are already under works and will soon be rolled out for the Realme devices.

Why no AOD & Edge lighting for Realme 3 Pro?

Responding to this question, the CEO of Realme stated that the AOD and Edge Lighting features are supported only in AMOLED displays.

Realme 3 Pro comes with an LCD panel in order to reduce battery consumption and this makes it the sole reason why AOD and Edge Lighting features are absent from Realme 3 Pro.

An in-ear version of Realme Buds Air could be seen in the future?

Madhav Seth completely agreed that we can expect an in-ear version of the Realme Buds Air in the future. Seth also stressed the fact that Realme conducts regular surveys to understand the user needs and if that is what the user wants then, Realme will surely consider it.

Episode 15 of AskMadhav introduced the MD of MediaTek India, Anku Jain, and then some questions related to MediaTek chipsets were posted over to Jain by Madhav.

What was the idea behind the MediaTek G series?

Responding to this question, Anku Jain stated that the G in the MediaTek G series chipsets stands for Gaming and the company wanted a chip to build keeping in mind the gaming enthusiasts. With new enhancements and the innovative Hyper Engine Gaming technology, MediaTek has ensured that devices are tuned to deliver great performance and boost the mobile gaming experience, along with the support of AI, premium camera features and connectivity.

For those who do not know, the Indonesian variant of the Realme C3 boasts a triple-camera setup, while the Indian variant does not. 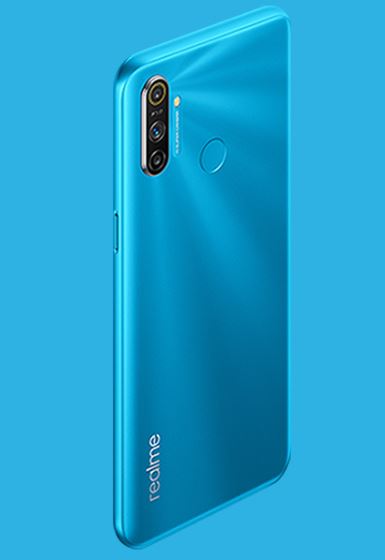 When asked why there is a difference between the Indonesian Realme C3 and Indian Realme C3, Madhav stated that the C series was introduced in India at a set price point, to provide features that belong to a higher segment.

Besides, Seth confirmed that there will be a surprise this year, hinting that a new Realme smartphone under the C series that will come with the triple camera setup.