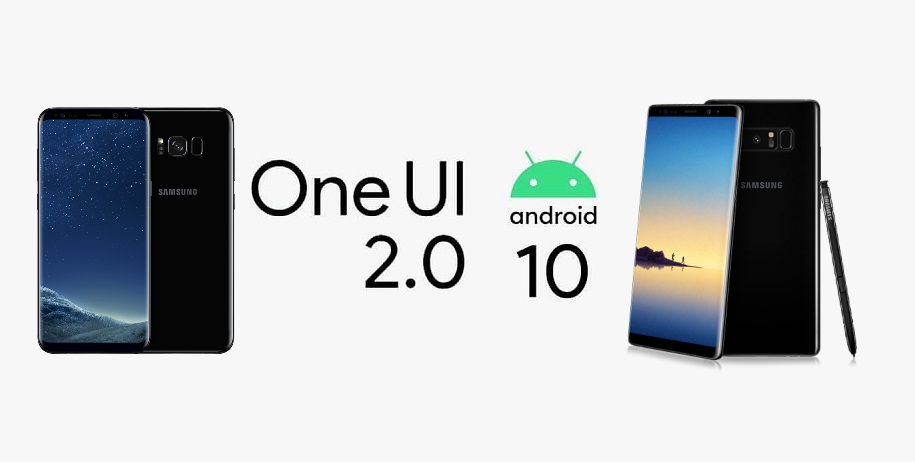 OneUI 2.0 (Android 10) is one of the most important tasks at hand for the Korean smartphone giant, Samsung. In fact, the brand is also preoccupied with the upcoming launch of the Galaxy S20-series and the Galaxy Z Flip.

However, one important query regarding OneUI 2.0 (Android 10) update is that, are the Galaxy S8 and Note 8 going to receive the latest Android 10 (OneUI 2.0) update or not?

If we go by Samsung’s rules, both the devices are not getting the latest OS update. The reason is pretty simple. Samsung has an updated policy of delivering two major updates to its devices.

Now since, both the Galaxy S8 and Note 8 came with Android Nougat out of the box, they have already bagged their two major updates in the form of Android 8 Oreo and 9 Pie.

Though Samsung has pushed the OneUI 2.0 (Android 10) updates to comparably lower-end devices confirming that there are no hardware limitations to run the OneUI 2.0.

Users have also raised their concern regarding this matter on Reddit. You can check out some of the user reports below:

Is anyone else unhappy that Samsung doesn’t release the Android 10 update for the S8, does this mean the same will happen to the S10.. S11..S12.
S8 has been one of the best phones that I’ve owned, but seeing how Samsung has abandoned it, makes me question whether the next phone will be from Samsung.
Does anyone know whether OnePro, Huawei do the same thing as Samsung?

The Galaxy line of phones have always been this way.
The S3 shipped with ice cream sandwich, received jelly Bean, and ended with kit Kat.
S6 shipped with lollipop, got marshmallow, and ended with nougat.
Expecting the S8 to get a third OS update when literally no other Galaxy device in the last 8 years ever did is just silly. Also, you need to keep in mind that you need to have an unlocked bootloader along with TWRP installed on your device before you can flash the LineageOS 17.1 on any of the aforementioned devices.

Notably, both devices are entitled to receive regular security updates. And keeping up with this US unlocked Galaxy S8 is reportedly receiving January 2020 security patchset.

The airborne update is arriving with version number DSL5 and weighs in around 214.79 MB in size. The update also tags along camera improvements as well.

So, you can either go ahead and install the unofficial LineageOS 17 on your Samsung Galaxy S8 or Note 8 or you can simply avoid installing a custom ROM just for the sake of upgrading as regular security updates will be pushed for the devices.

According to a Samsung rep, the Samsung Galaxy S8 might be getting the Android 10 update. You can read the whole story here.

Amidst reports that Android 10 will be made available for the Galaxy S8 and Note 8, Samsung has officially confirmed to Sammobile that both the devices will not be getting updated to Android 10. However, will be getting regular security patches at least for a while.