In May 2019, OnePlus confirmed that Android 10 will be made available for both OnePlus 5 and 5T as their third major OS upgrade. This was great news for owners of these devices as they became only the second pair from the company to receive three OS upgrades.

At the time, though, the company would not be bullied into revealing the expected OnePlus 5 and 5T Android 10 update release date, clearly mentioning in the announcement post that there are no ETAs.

It was until later in October that OnePlus made an official statement regarding the availability of Android 10 on OnePlus 5 and 5T. As per the roadmap, the devices should receive the OS this coming Q2 2020.

Essentially, this means the company is likely working on the Android 10 firmware for both devices as I write this. However, no one knows when exactly the stable version will be released.

The guessing games get even harder given that OnePlus no longer pushes monthly updates to the duo, instead, they only get quarterly updates. The fact that folks in China are now receiving February security patches on their units casts further doubt on any hopes of an imminent release.

Typically, Chinese variants of OnePlus devices receive new updates ahead of their global counterparts and if all the HydrogenOS-based models are getting is February security patches, it’s safe to argue that OnePlus 5 and 5T Android 10 update rollout looks distant.

As noted, the Chinese variants are ahead in terms of software updates, meaning the same February patches should soon be pushed to the global OxygenOS units. We will let you know when the rollout begins.

Meanwhile, OnePlus 5T owners can grab the updated firmware from the link below for manual installation rather than wait days for the OTA to arrive. Unfortunately, we don’t have the link for the standard 5.

Going by the latest development on the matter, Android 10 on OnePlus 5 and 5T is expected by May-end or mid-June. Head here for the complete coverage.

You can now try HydrogenOS 10 beta update based on Android 10 on your OnePlus 5 or 5T courtesy of leaked builds. See the full story here. 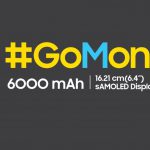