The stable Huawei Nova 5 Pro EMUI 10 update based on Android 10 is now available to download in China.

The device has been testing the new OS in Huawei’s home country for a while now having opened the beta registration way back in early November 2019.

The first EMUI 10 beta firmware arrived on the Nova 5 Pro in December and not long ago, the device also picked up another beta update that happened to be the last before the stable version arrived.

As of this writing, the Nova 5 Pro variants sold in China should be receiving the stable Android 10 update over the air. Even better is that the firmware can be downloaded via the Support App, formerly HiCare App.

An official statement was published on Weibo with details of the Nova 5 Pro Android 10 update, but there is no mention of the exact version to expect when the OTA arrives.

At this point, the software version number shouldn’t matter anymore as long as the device is receiving a stable update to Android 10. But you know what’s even better about the Nova 5 Pro? Well, its also in line to receive an update to EMUI 11 based on Android 11.

In an unofficial list of Huawei/Honor devices that recently popped up online with respect to Android 11, not only is the Nova 5 Pro featured, but also the entire Nova 5 series. This will be the second OS upgrade for the series having debuted with EMUI 9.x based on Pie. 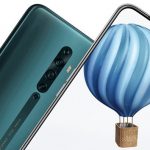