Pokemon Home, is a new service which was launched by Nintendo on February 11, 2020. It is a cloud service and place where all Pokemon can gather. Pokemon Home is currently available for Nintendo Switch and mobile devices.

By linking the same Nintendo Account to both the Nintendo Switch version and mobile version of Pokémon HOME, players can access the same Pokémon Boxes on both versions. Pokemon Home, also provides the functionality to move Pokemon between compatible games. Cut to now, many players are constantly having login issues with Pokemon Home app since its release. They have taken the route of forums to express the ongoing issues & concerns. Have a look at a few complaints from users down below. Well, players can rejoice as a new update has arrived for Pokemon Home and it has reportedly fixed login issues & various error codes (500, 1, 9004, 125). However, the update has only arrived for Android and it bears the version number 1.0.8. You can check the latest version of Pokemon Home in the image below. 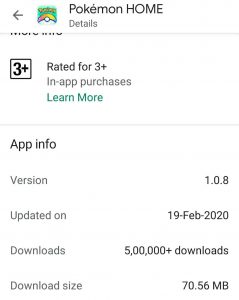 For a quick refresher, players can also use Pokemon Home to complete the National Pokedex by bringing lots of Pokémon to Pokémon HOME. Players can also check out all the moves and Abilities their Pokémon have. With Pokemon Home, players can also receive Mystery Gifts. However, Pokemon Home can only be used on devices with Android 6 or above. Pokemon Home is available in two plans for players – Basic & Premium. Pokemon Home Premium Plan costs $15.99 for the period of one year. 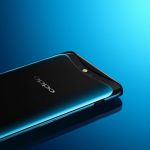 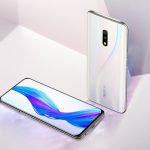