The Google Assistant has been around for a couple of years now. It remains by far the most capable digital assistant we have today.

Google Assistant comes built-in on many new Android phones that have Google Services enabled. This means markets like China are a little out of luck. The Assistant is a preferred method of input for many. This explains the frustration when it does not work right.

That is the exact same predicament that Redmi Note 8 users are finding themselves in. For most of these users, activating the Google Assistant through the ‘Ok Google’ or ‘Hey Google’ hotword is disabled.

The option to access Google Assistant on my Redmi Note 8 running MIUI 11 is grayed out and says “This feature is currently unavailable for this language” even though every language in the phone is set to English (US) and region is set to United States. Same language and region are set in Google itself. Does anyone else have this problem? Does anyone have a solution?
Source

A quick scroll through the socials and you are bound to come across dozens of Redmi Note 8 users who are furious for not being able to access this nifty digital assistant.

Many of the affected users indicate that they have gone through the same basic troubleshooting methods, all to little success. Changing regions in settings doesn’t help.

The affected users are also from various geographical locations worldwide so geo-restriction being the issue here, is ruled out. We have seen similar complaints from Costa Rica to India and other regions.

At the time of writing, it is still unclear what exactly causes this issue, especially considering that other devices in the affected regions have no problem getting this feature to work.

Neither Google or Redmi has come out to acknowledge this issue or issue out a fix. We shall stay on top of this and let you know when this is fixed or when there is a workaround.

A user on the XDA forum seems to have gotten this to work on his device. He has documented his procedure and it might be worth checking out.

The issue has been escalated. Complete coverage here.

According to reports, this has since been fixed.

NOTE: We have these and many more Redmi-related stories in our dedicated Redmi section. 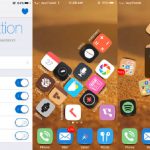 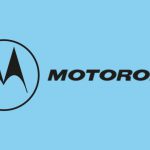