New software updates are rolling out to the Redmi Note 7 and Redmi Note 8 across the globe. Yes, it is the global variants of the duo that are picking up new updates, although the same tweaks should find their way to other regions as well.

Both Redmi Note 7 and Note 8 are in line to receive updates to Android 10. However, none of the incoming updates is what you are probably expecting. So far, the Note 8 Pro already picked up the new OS in a limited capacity, though.

As you wait for the 10 update, Redmi Note 7 owners will be happy to learn that they can finally have an app drawer alongside app categories in the default system launcher.

The feature is arriving as part of the latest update to the System Launcher (via System app updater), whose full changelog is as seen in the screengrab above. As for the EU privacy adjustments and the new Music card, you need to do a system update to MIUI 11.0.5.0.PFGMIXM.

Arriving over the air, the update weighs in at a sizeable 540MB, which implies it could be having more on board than what the changelog says. Below is a summary of the changes the new update brings:

For those who can’t wait for the OTA to arrive, below is the link to download the recovery file for manual installation.

On the other hand, the Redmi Note 8’s incoming MIUI 11 update bumps the security patch level to January 2020. The OTA update weighs in at 371MB, which means you can expect various bug fixes and performance optimizations as well.

The software is rolling out as MIUI 11.0.6.0.PCOMIXM. Like the Note 7, we also have the download link for the recovery file needed for manual installation.

Apparently, the System Launcher update that brings an App Drawer to the Redmi Note 7 is also rolling out to other Xiaomi/Redmi smartphones globally. The update is taking place via the System Updater app, so it has nothing to do with MIUI updates.

If the System Launcher update hasn’t arrived, feel free to grab the APK version here and install it manually. 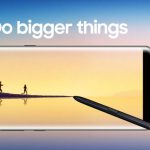 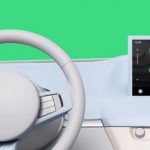