Steam released its worldwide client update, which brings a lot of bug fixes and optimizations. The first downtime started on 11:11 EST/ 16:11 GMT January 30. Hence, Steam released this update to cater to some of the most critical issues users were facing.

This update is expected to cover most of the issues including Network optimizations, Glitches, Login errors, Big Picture, VR, Linux/MacOS, etc. Users would need to restart their steam to begin this update. Please find below the detailed patches notes of the update. Steam does send push notifications to update the client. However, its recommended to restart the client once, to trigger the update automatically. Steam also released Valentine’s day and many weekend deals. Please scroll down for more details. ? WEEKEND DEAL ? Play Last Year for free this weekend & save 30% when you buy the game!https://t.co/mHZHFavRsu#SteamDeals ? WEEKEND DEAL ? Play DayZ for free this weekend and save 40% when you buy the game!https://t.co/VvZ6Iof8vl#SteamDeals 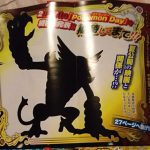