Sure, the Galaxy Z Flip is only the second foldable smartphone from Samsung and basically the successor to the Galaxy Fold. However, there is a whole lot of difference between the two, not just from a design perspective, but also when it comes to availability.

Considering the Galaxy Fold took ages between its launch and actual availability, one would have thought the Galaxy Z Flip will also take a similar direction. But no, instead, the device begins selling in the U.S. and Korea on February 14, only three days after it was announced. Interestingly, the device is likely to be available in more than the confirmed U.S. and Korean markets pretty soon. This is true because the official firmware for the Galaxy Z Flip is already available to download in various markets across the globe.

Even more interesting is that the said firmware isn’t the pre-installed version, rather, the updated version that also bumps the security patch level from the pre-baked January to the latest February 2020. 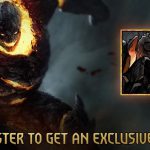