This story is being continuously updated…. New updates are being added at the bottom

Heads up to all anime lovers who patronize the American entertainment company, Funimation. The online platform will be temporarily down for maintenance. Funimation posted on their official twitter account the scheduled maintenance that will begin tomorrow at 3:30 a.m. EST.

We’ll be undergoing some maintenance tomorrow starting at 3:30 am ET. Streaming will be unavailable during this time, but our team will be working hard to get everything done quickly to make sure you’re able to get back to your anime ASAP. ?

The announcement did not include when the maintenance will be over.

Funimation is an American entertainment company that specializes in the dubbing and distribution of foreign content, mostly anime. The company is based in Flower Mound, Texas, and the studio is one of the leading distributors of anime and other foreign entertainment properties in North America.

The ownership of the company has since been transferred several more times until it was finally acquired by Sony Pictures Television on October 27, 2017. Its name now is simply Funimation and is the leading entertainment company in terms of dubbing and distribution of animes. 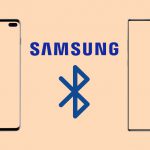