The jailbreaking community on iOS has been rather vibrant among savvy iOS users. This helps them escalate privileges on their Apple devices for the purpose of removing software restrictions imposed by Apple on iOS.

Once jailbroken, an iOS device is open to a whole host of new interesting things. Customization options that were previously unheard of on iOS become possible.

One new nifty tool to try out on your jailbroken iPhone is ColorMeCC. What is ColormeCC you ask? Well, this tool allows you to color up your Control Center.

Granted, this is not the first time we’re seeing such a tool. People in this jailbreaking scene might be familiar with Magma by NoisyFlake. This comes to mind when we think of coloring iOS’ control center.

This is the initial release (V.1.0.0) and as such, we should expect more updates with a lot more features. It is also worth noting that this release brings quite a number of features.

Since this new app isn’t the first to allows jailbreakers to color their control center, a lot of parallels are being drawn between ColorMeCC and Magma. Magma is a paid app while ColorMeCC is free. But how do they compare?

Well, according to the developer;

The developer further goes to clarify that while ColorMeCC is free, it is not open source. He further adds that he, however, plans to open-source tweaks that have reached the end of life.

Do you own a jailbroken iPhone? Are you excited about this new tool? Tell us in the comment section below.

NOTE: We have more stories about jailbreaking here. 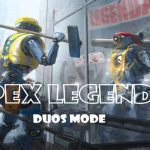 Apex legends Duos mode will be back this Valentine's day!