Google might no longer be the fastest to roll out monthly security updates these days (Samsung is doing some pretty decent stuff in this area), but the search giant is still your safest bet as far as Android software updates are concerned.

As of this writing, it’s only Google that has released the latest February 2020 security patch to all of its eligible devices.

The update rolled out earlier this month, tagging along fixes for an NFC bug, Assistant crashing as well as some camera enhancements, among other things, at least for Pixel 4 and Pixel 4 XL owners. For those on the Pixel 3 and older models, you only get security fixes.

Quite disappointing from Google to send mere security fixes to Pixel 3 and older units when there are some annoying bugs to deal with, more so the one affecting sensors.

As you can see from the screengrab above, the first report was submitted on September 4. Google acknowledged after supposedly identifying the root cause and subsequently promised to fix the issue with the October security patch.

We now have a root cause for this issue and a fix will rollout in October. The short summary is that in Q qualcomm added some checks that prevented sensors from starting when it found corrupted calibration files. In Pi it was more forgiving and continue to function even though the calibration files may have been corrupted. The fix will revert back similar to what Pi was doing. The upside is sensors will continue to work. The downside is, some of the sensors may not function as effectively if the calibration files are corrupted due to external reasons. Regular users who do not touch persist partition would not hit this issue.
Source

But the issue didn’t go away even after the said October update as more reports kept creeping in throughout the end of last year. It was after the January security update that reports peaked once again.

After the January security update my sensors haven’t been working (proximity, light, accelerometer, etc.) The gyroscope (I think this is the right one) is the only one that intermittently works because I have been able to rotate my phone screen occasionally. The sensor test app is showing them all down. I tried a factory reset but am still facing the issue. Is this just me?
Source

More related cases kept popping up in the Google support forums and even on Twitter pointing fingers at the January patch. But even after the latest February security update, multiple users are still dealing with Pixel 3 sensors issues.

And from the look of things, the issue might be affecting other Google Pixel phones as well.

Pixel 2 sensors not working. I was trying to use Skymap the other day and it would not calibrate. it appears that the compass/gyroscope sensors stopped working. Is there a way to reset these?
Source

Apparently, the February update did seem to address the Pixel 3 sensors bug, but after restarting the phone, things went back to where they were.

The February update fixed the accelerometer (autorotation) and Active Edge (squeeze for Google Assistant) but adaptive brightness still doesn’t work (and the screen doesn’t even turn off when I hold the phone to my ear during calls).
Source

I’m also using a Pixel 3 (non-XL): I lost most of my sensor functionality starting in mid-January and have been watching all of the support threads. Interesting anomalies:
1) The February update briefly brought back many of my sensors (squeeze / active edge, etc). But those sensors’ functionality was lost again after a restart of the phone.
2) Screen rotation has *mostly* worked. Occasionally I have to restart my phone to get screen rotation back. None of my other sensors come back with a restart (active edge, proximity sensor, etc).
Source

More fresh reports are flooding the Google support forums, indeed confirming that Pixel 3 sensors are still broken even after the February 2020 security update.

Considering the issues were temporarily addressed in the latest patch coupled with the fact that some users say other sensors are now working properly, perhaps the March update will include permanent fixes for all sensor issues. But of course, this is just a hunch, so we wait. 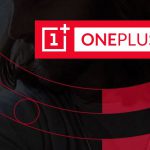 ZenMode on OnePlus devices can now save data on the cloud, OnePlus power bank with Warp Charging coming soon? 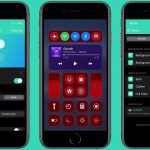