Google brought in the Android 10 back in September 2019, and since its launch, OEMs till now, has updated a bunch of their devices to the latest Android 10 operating system.

Samsung began its One UI 2.0 (Android 10) rollout with the Galaxy Note 10 and till now quite a lot of Galaxy devices have already been updated to Android 10.

In fact, the drill is simple i.e. if your smartphone or tablet came with Android Oreo out of the box then, it is entitled to receive the Android 10 One UI 2.0 update.

Note that. we have reported that the Galaxy Tab A (2019) was updated with December 2019 security patchset back in December 2019.

Coming back to latest user report, it was confirmed by a Samsung Rep that the Android 10 update will go live for the Galaxy Tab A (2019) (model number SM-T510) in September 2020. You can read the tweet below:

Just spoke to a Samsung Rep over on Samsung Live Chat to obtain a date for One UI 2.0 for my Samsung Galaxy Tab A (2019). Managed to get the month for its release. Looks like September 2020 is when we should expect it. Besides, it is nice to see that Samsung, along with its smartphones is also concerned about pushing the latest firmware to its tablets, which more often is not the case with OEMs.

Let us know in the comments below are you excited about Android 10 (One UI 2.0) update for the Galaxy Tab A or not?

In the meantime, you can check out our dedicated Samsung section to read more similar stories surrounding Samsung smartphones and devices.

Taylor Swift Tumblr gone or deactivated? Or is it Tumblr that's down and not working currently? 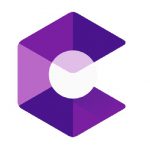