Samsung announced the Galaxy A71 a couple of months ago as the natural successor to one of the most popular smartphones in the Galaxy A series – the Galaxy A70.

As you’d expect, the A71 keeps the good stuff from its predecessor, among them the expansive 6.7-inch Super AMOLED screen and a 4,500mAh battery that supports 25W fast charging, and adds a beefier chipset, better cameras, and even spices up the design a little bit. Expectedly, it runs the latest Android 10 out of the box bundled with January security patches. To make it more stable and iron out kinks in the initial firmware, the device is now picking up its first OTA update in multiple markets.

Arriving as version A715FXXU1ATA7, the update doesn’t bring much, rather, you only get the usual security and stability improvements alongside generic bug fixes. The security patch level also remains unchanged, but this doesn’t mean you should ignore it.

Besides the January 2020 security patches, the details of the latest Galaxy A80 update remain scarce. So far, the firmware for the French variant is the one doing rounds on the web, with more regions expected to join the fun soon.

The official software update tracker hasn’t been updated to reflect the latest update yet, but it should be in a few. The OTA rollout should also spread to more regions/units pretty soon.

If you can’t wait, Frija is a handy tool you can use to find and download the latest firmware for your Galaxy A71 or A80 right away. 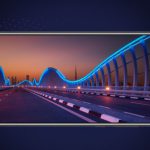 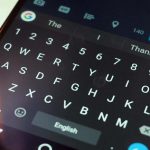