Samsung is on a roll when it comes to pushing out updates especially since the last year i.e. 2019. The Korean OEM is gearing up to push OneUI 2.0 (Android 10) updates to more number of devices.

And in a recent development, according to the Wi-Fi Alliance certifications of Samsung Galaxy A20e, A10, A10e & A7 (2018), the Android 10 updates might arrive soon.

Reportedly, all the aforementioned devices i.e. Galaxy A20e, A10, A10e & A7 (2018) were certified with the Wi-Fi Alliance certificate running on the operating system Android 10.

Although, this certification only does not mean that the device will pick up the Android 10 update in the near future. It merely depicts that Samsung has made some progress in that front.

Let us take a look at the certifications for each of the devices one by one:

Galaxy A20e was launched back in 2018 and came with Android 9 Pie out of the box. And now with the Wi-Fi Alliance certification, it seems that Android 10 might very soon be arriving for the device. The firmware version number is A202F.001.

Notably, Samsung launched the Galaxy A7 back in 2018 and it came with Android 8 Oreo out of the box. It has received one major Android OS update in the form of Android 9 Pie and as per Wi-Fi Alliance certification, it will soon be upgraded to Android 10. The Firmware version is A750FN.001. In the meantime, do check out our dedicated Samsung section to read more similar stories surrounding Samsung smartphones.

Samsung Galaxy A40 was launched in 2019 and it came with Android 9 Pie out of the box. And it was spotted running on Android 10 version number A405FN.001 in the Wi-Fi Alliance certification. 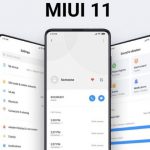 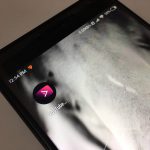