In fact, previously we have reported that Asus Zenfone Max 2 Android 10 update is not coming soon and also, the ROG Phone II stable update might get delayed.

Now in a recent development, another device seems to have joined this bandwagon. Reportedly, Asus Zenfone 5 Android 10 update might get delayed.

To recall, it was announced back in February 2018 and is powered by the Snapdragon 636 chipset, spots a 3,300 mAh battery and starts at 64 GB of internal storage.

Cut to now, according to Olivier VONGXAY, an alleged Asus France employee who goes by the Twitter handle @OlivierVongxay, responded to a query stating:

Zenfone Max Pro M1 is using Android Stock which is much easy to update to 10. Zenfone 5 is using ZenUI which needs more resources. I hope you can understand.

Olivier further tweeted to another query and stated that:

Completely different code. For example, Zenfone 5Z is using Qualcomm S845 and Zenfone 5 is using S636. So we need to work on almost everything.

However, readers should note that this is not an official confirmation that Android 10 update might not be in the cards for Asus Zenfone 5 in the future.

Notably, Zenfone 5 got an APN related bugfix update back in December 2019 but, with this recent tweet, it seems that Asus has no plans in their arsenal to upgrade Zenfone 5 to Android 10. We will keep you in the loop once we have more information in this regard.

The beta update to Android 10 for the Zenfone 5 is now live. Head here for the complete coverage.

In the meantime, do check out our dedicated Asus section to read such similar stories surrounding Asus smartphones. 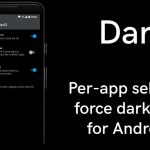 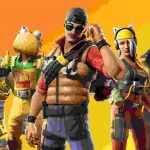