The Huawei Mate 9 was first unveiled way back in November of 2016. That makes the device a little over 3 years at this point. The device launched with EMUI 5 running on top of Android 7 Nougat.

A beefy device at the time, the device was powered by Huawei’s own Kirin 960 chipset and spotted a huge 5.9-inch display. With the bezels of the time, this device was big.

Fast-forward to 2020 and the device has aged relatively well. The device has been well updated over the years and at the moment, the device runs on Android 9 Pie.

At a time when budget devices like the Honor 8X are getting updated to Android 10-based EMUI 10, it makes sense that Huawei Mate 9 users would lobby the Chinese phone-maker to develop Android 10 for their now aging but beefy device, right?

And petition they did. Huawei Mate 9 users have been signing a petition on Change.org to have Huawei make an Android 10 update for the device. And guess what? That might be happening after all.

In a comment by Huawei’s Global Operation’s official Instagram handle, the company has just confirmed that indeed, the company is actively developing and testing EMUI 10 for the Huawei Mate 9.

This is no doubt a relief for Mate 9 owners. It is also one hail-mary seeing as most Android flagships only get two major upgrades in their lifetime. That means that Mate 9 users might have had to contend with Android 9 Pie for the rest of the device’s life seeing as it launched with Android 7 Nougat.

Other devices haven’t been as lucky. Honor Play users for instance, are still petitioning the company to develop Android 10 for their devices. This is after the company said that the device, along with the Nova 3i did not meet the minimum requirements for Android 10.

Huawei has come out to deny this, stating that the Instagram reply is automatically generated and not given by an official representative.

NOTE: We have more Huawei stories in our dedicated Huawei section. 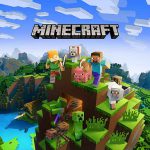 [Galaxy A70 & A50s as well] Samsung Galaxy A50 One UI 2.0 (Android 10) update around the corner suggests WiFi certification