Earlier we have reported that Vivo, the Chinese smartphone manufacturer was foraying into the gaming smartphone territory with its sub-brand iQOO phone in India.

In fact, it has been highly anticipated that iQOO will unveil two smartphones in India and one of which will be a 5G enabled phone. This was touted to be the very first 5G handset for the country.

There are other speculations that the device will come with the latest Snapdragon 865 chipset with 5G capabilities and with come with a new UI called MonsterUI.

However, in a recent turn of events, the iQOO India Twitter handle that tweeted that 5G phone will be coming soon to India, seems to be from a fake account.

In fact, this information about the @iQOO_In account being a fake one could be legit as till now, no telecom operator has started 5G operations yet in India.

Moreover, the original Twitter handle of iQOO i.e. @iqootest is still under testing and what is more interesting is that it is followed by the verified handle of Vivo India.

Now all of this has caused a bit of controversy regarding the launch of the iQOO 5G phone in India. Tech enthusiasts are now a bit confused about whether iQOO will really launch the 5G smartphone in India or not?

Nothing can be confirmed as of now until something concrete or official comes up to the table. Till then, we will keep you in the loop.

In the meantime do check out our dedicated Vivo section to read such similar stories surrounding Vivo smartphones.

In a recent development, the Director of iQOO Gagan Arora, has officially confirmed that iQOO is indeed coming with two smartphones, one 4G and the other 5G model. In fact, Gagan also confirmed that the country’s first 5G model will come with Snapdragon 865 processor. 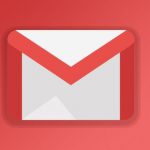