Diehard Android users in the ROM community already know a thing or two about LineageOS. Arriving on the scene following the sudden death of CyanogenMod, LineageOS is technically a rebadged CyanogenMod.

The fact that LineageOS is an open-source OS based on Android and commands its own community has helped with the growth of the ROM to a tune of supporting hundreds of phone models.

It’s worth noting that just because your Android phone isn’t listed on the official LineageOS website doesn’t mean that it will remain the case forever. Somewhere along the way, you may get lucky and jump on board. If you don’t, you can always rely on the vast custom development community to come up with unofficial versions of LineageOS. Matter of fact, this is exactly what’s happening with respect to the nearly 9-year-old Samsung Galaxy S2 (i9100).

Announced in April 2011, the Galaxy S2 had Android 2.3.4 (Gingerbread) out of the box but later updated up to Android 4.1 (Jelly Bean), which is where the official updates ended. However, the LineageOS community hasn’t stopped supporting this device since then.

As of this writing, those still rocking the Galaxy S2 can happily jump aboard the latest Android 10 ship all thanks to LineageOS.

Arriving as LineageOS 17.0, this is the very first unofficial build for the device. It took the developer “almost about a 1000 forward ports from several kernels in 5-6 attempts” to make it work on his S2. Even so, there are some issues you’ll have to deal with.

Things like LiveDisplay, PowerHAL, audio, including headset and Bluetooth, Wi-Fi, Touchkeys, camera, and sensors are working fine. But there are known issues with RIL (runs but doesn’t work), GPS, and Display sync issues and glitches.

So, rather than your Galaxy S2 picking up more dust in your drawer, how about you give it an Android 10 treat? If interested, find everything you need here, be it the download files, a guide to install them or any related help for that matter.

Even more 2012-13 era devices are now receiving unofficial updates to Android 10 thanks to the custom ROM developer community. The devices include Google Nexus 4 and Nexus 5, Galaxy S4 and Note 3, Xiaomi Mi 3/Mi 4, HTC One (M7) and the LG G2.

Below are the links to the XDA threads with all the details, including download links and installation guides. In case you are wondering, all the ROMs are based on LineageOS. 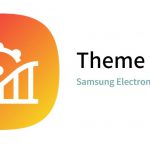