Are you ready for a new version of Android OS? Wait, have you even received the latest version of the OS, Android 10? Chances are most people haven’t received the OS unless you own one of the few devices that have picked up the OS so far.

Besides the Pixel phones, only a handful of non-Google phones have been updated to Android 10. Heck, the number is so small that Google hasn’t even bothered to update Android distribution stats since May 2019.

In 2018, if you can remember, the first Android P build arrived in March. The following year, the pre-release version of what eventually became Android 10 dropped in mid-January.

With this in mind, we shouldn’t be too far from yet another pre-release version of Android, this time the one that will bring Android 11. Matter of fact, it seems a preview build of what is still codenamed “Android R” is already out there.

Someone has shared an image of a Google Pixel 2 XL on Twitter running the pre-released Android R build complete with a recent security patch for the month of January 2020.

A build of Android Q that was actually Aosp 9 was also leaked months before last. It seems likely that in March we will have the DP1 of Android R for the Pixel 2/3 / 3a / 4. We will have to see if it brings important news or not.

Even though this may be an early developer preview build, it is also possible that it could be a Generic System Image (GSI). At this point, nothing is confirmed yet.

GSIs are for app developers to perform application validation and development purposes. They aren’t to be redistributed by you or used in any way except as specifically set forth in the license terms enclosed in each individual download.
Source 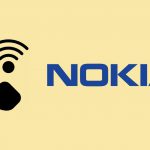 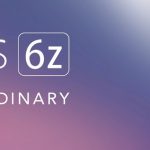