New updates have been added at the bottom…

Dark Mode feature that came with Android 10, has been one of the most important and awaited features by Android enthusiasts back in 2019. Gmail was one of the last apps that was served with the dark mode by Google starting from October 2019.

However, going by user reports, the dark theme is now missing from several devices running Android 10. There have been dozens of user reports claiming that Gmail has turned to its original light theme without any user action or trigger.

Moreover, the ‘Theme” option that allows the user to switch between Light, Dark, and System default is also missing from the General Settings tab. Precisely, the dark theme set has disappeared from version V2019.12.30.289507923.

You can check out some of the user reports below:

My Gmail app on Android 10 has suddenly lost its dark mode and I cannot change it in the settings anymore. There is no update available for the app in the play store either.

Has this happened to anyone else?

OG Pixel XL – dark mode disappeared this morning. My Gmail Widget is still dark. But when I go into the app, it’s not. I’ve rebooted, toggled on/off Dark Mode in system settings, no love.

Using OP7 Pro and suddenly my Gmail dark theme reverted to regular, and the “theme” button is no longer in the app. Happened randomly in the middle of the day.

Besides, no other Google app seems to be affected and it is the Gmail app that has been surfaced with this issue. There has been no official acknowledgement from Google either, as of now.

It is unclear what has triggered this issue as there has been no new update for the Gmail app since January. Notably, some of the users have reported that rebooting their devices fixed this issue while some claimed that force stopping the application and re-launching it has fixed it.

But, majority of the users are still facing this issue with their Gmail app and are awaiting a fix from Google soon. We will keep you in the loop until we have more information in this regard.

The Gmail Dark Mode feature is now back for some users (1,2).

Gmail has finally acknowledged this issue and has tweeted a workaround.

Thanks for the info. Could you try clearing the app’s cache: Go to phone settings > Apps > Gmail > Storage > Clear cache > Restart device. Let us know if that helps.

If you are still not able to get the dark mode back on your Gmail app then, you can try forcing dark mode via Developer Options. Head to Developer options>>Hardware accelerated rendering>>enable Override force-dark. 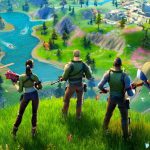 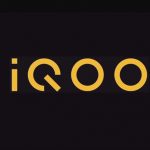