Fortnite is one of the best Battle Royale games that are available in the game. The game was released in 2017 & since then it has been running strong. Among the two popular battle royale games – PUBG & Fortnite. 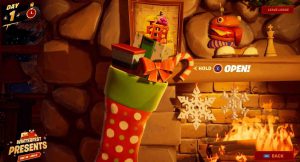 Cut to now, a new update for Fortnite Battle Royale is about to release today. The latest patch update will come with version number v11.50. Epic Games has shared the schedule for the release of the new update.

Fortnite update v11.50 has been scheduled to release on Wednesday, February 4 at the usual time of 1 am PT / 4 am ET / 9 am GMT. There will be a downtime of 20 minutes for this new update. This information was revealed on the Fortnite Status Twitter handle. Have a look at the tweet down below. The best striking feature of Fortnite v11.50 update is the new unreal chaos engine. The new unreal engine will offer more realistic effects to the game. Players should expect some differences in the way the game is played after the upcoming update. However, Epic Games has ensured that, Fortnite will still feel like Fortnite. A popular Fortnite leaker, Hypex has hinted some changes that will be seen in the forthcoming update. Have a look at the image below showcasing the difference, how the building explosion will feel with the new Chaos Physics Engine. Apart from this, a few changes that will be incorporated to update v11.50 can be seen on the Fortnite Trello page. You can check the changes down below, & we will update full patch notes when they go live.