Android 10 has had a bunch of issues since arriving in September 2019, be it on Google Pixels, Samsung Galaxies, and even OnePlus phones, just to name but a few.

Since the release of the OnePlus 6/6T Android 10 update, for instance, owners of the duo have reported a myriad of issues – others even forcing the company to halt the initial OxygenOS 10 update released in early November 2019.

After a month of bug-fixing, OnePlus re-released the 6/6T Android 10 update in early December, this time as OxygenOS 10.0.1. For some reason, though, OnePlus still bundled an older October security patch.

Later in December, the November patch arrived as OxygenOS 10.3.0, tagging along plenty of bug fixes and performance optimizations. This same update also botched the screen calibration, messed up with the notch area and even continued with the frame drop issue as well.

OnePlus did address some of these issues with a recent OnePlus 6/6T Android 10 build (OxygenOS 10.3.1), but from the latest developments, it seems there are still plenty of issues to deal with.

Hundreds have taken to various social media platforms to vent their anger at OnePlus for rolling out what is essentially a buggy Android 10 update. More owners of the devices are even infuriated by the fact that they’ve received a couple of post-Android 10 updates but none seems to be bug-free.

As it stands, the only remedy to the many issues affecting the 6/6T after updating to OxygenOS 10 is to downgrade to OxygenOS 9 based on Android Pie. Although not the best option, no one wants to deal with a buggy software experience in the name of having the latest OS.

OnePlus should continue working on these bugs and hopefully fix most if not all in the next couple of OxygenOS updates. We will keep an eye on the developments and let you know when the bug-fixing updates are rolled out. 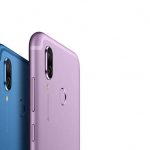