Case in point is the latest Galaxy Note 9 and Galaxy S9 One UI 2.0 beta updates that have just landed in the U.S. following weeks of testing in regions where Exynos variants of the same devices are sold.

The story is also the same with respect to the Galaxy S10 Android 10 update, which started hitting Exynos models late last month but no single Snapdragon variant has received the stable version two weeks later.

But if what Canadian carrier TELUS has published on its software support page is to be believed, the wait for Snapdragon Galaxy S10 variants to receive the stable One UI 2.0 update based on Android 10 is almost over.

Apparently, the carrier will begin rolling out the stable Android 10 to the Galaxy S10 trio on December 16, which is next week Monday. Despite it being a welcome idea, you can never be sure with software update release dates, so we have to wait and see if the update actually rolls out.

Still on Snapdragon-powered Samsung Galaxy phones, reports coming from Brazil claim the stable One UI 2.0 update will begin rolling out to the Galaxy S9, Galaxy S9+ and Galaxy Note 9 in the football-crazy nation in March 2020.

Besides the U.S. and Canada, Brazil and China are the other nations that also get Snapdragon-powered Samsung Galaxy phones. Granted, it’s safe to assume Snapdragon variants of the Galaxy S9 and Note 9 in other markets will also get Android 10 in March 2020.

For reference purposes, the Snapdragon Galaxy S8 picked up its second Android OS upgrade to Android Pie in March/April 2019, so it makes sense that the Galaxy S9 will get its second OS upgrade in March 2020.

Samsung U.S. has revealed it’s official One UI 2.0 update plans placing the Galaxy S10 and Note 10 series at the top of its list, but the rollout is expected in January 2020.

Interestingly, unlike other markets where the Note 9 and S9 are expected to get the update in February or March 2020, the U.S. could get it in January as well. Below is the rest of the roadmap:

Samsung Galaxy Note 9 (Snapdragon) is now receiving the stable One UI 2.0 update based on Android 10 in Brazil. The update weighs in at over 1.7GB and has software version N9600ZHU4DTA7.

Folks on Verizon Wireless in the U.S. are finally receiving the One UI 2.0 update on the Galaxy Note 9. There are more details here.

NOTE: For more Samsung-related coverage, check out this section. We also have more Android 10 stuff here. 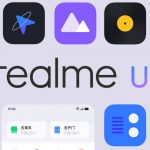 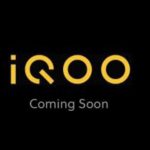