Apex Legends Season 4 trailer has finally been released by Respawn and it has unveiled a new Legend Revenant for the game. The new season is also bringing a new Battle Pass and rewards for players.

Players who love snipers can also rejoice as Apex Legends Season 4 has added Sentinel weapon to the game which is good for mid-range to long-range battles. In the trailer, we can see, how Revenant who was once a human brutally kills Marcos Andrade. When Revenant was going after Marcos & his family. Marcos puts her daughter into a lift & saves her from Revenant. But before that, we saw Marcos handing over a silver statue of a wolf. In the trailer, we also heard Marcos’s family speaking in the Portuguese language. The wolf word in the Portuguese language is known as Loba. So, the little girl in the trailer is expected to take revenge from Revenant and will possibly become a legend named Rosie, according to leaks and rumors. 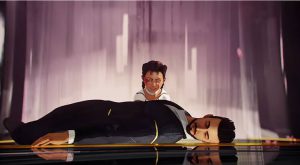 A prominent Apex Legends leaker and data miner, That1MingingGuy, earlier shared the leaks that were connected to Rosie/Loba. He has also leaked the abilities for Loba aka Rosie. Have a look at the leaked details down below. Also, on January 29, the Respawn Twitter post stated that Season 4 trailer would connect the “recent break-ins at Hammond Robotics facilities and murder of James ‘The Forge’ McCormick with a 25-year unsolved cold case.” 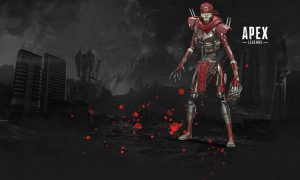 So, it is a high-end possibility that the murder of Andrade is an unsolved cold case. That would put the young daughter in her early 30’s at the present day – aka Rosie or Loba , which is now expected to release as a new Legend in Season 5.

Apart from this, many Apex Legends players are getting an error – Server Shutting Down – Internal Server error. This frequent error is not letting players enjoy the game & many times kicking them out of the match. Have a look at a few complaints down below. It seems like Respawn is currently unaware of this issue. But we certainly hope, devs team will look into this matter soon. We are keeping a close watch on this issue and will update you with a fix, whenever it arrives.

One Piece 970 spoilers on Reddit reveals how Kaido defeated Oden