As the launch day of the Poco X2 (Pocophone X2) is coming closer, more and more information and leaks are surfacing the internet. It all started after Xiaomi officially confirmed that Poco is going to be an independent brand.

Following which the official Twitter handle of Poco India came up with a teaser of ‘Season 2’ teasing the launch of a new smartphone i.e. the Poco X2 (hidden in as an easter egg in the teaser). Later on, a new image surfaced the internet claiming to be of the Poco X2 with the ‘pheonixin’ ROM pre-installed. It was highly rumored that the Poco X2 will be a rebranded Redmi k30 for India as K30 Pro has a similar code name (pheonix).

Continuing with the build-up, Poco finally announced the launch date for the Poco X2 which is set on 4 February 2020. The device was also teased to be sporting a 120Hz refresh rate display.

In fact, yesterday, Poco India started the registration of the launch event of Poco X2. All you have to do is visit this link and enroll yourself.

However, the processor of the device was kept under the radar and it was rumored to be powered by the Snapdragon 730G processor. Now, it seems likely because in a recently leaked image the device can be spotted running Snapdragon 730 (SM7150) processor.

However, it is not sure whether it is the SD730G or the normal SD730 but is expected to rock the overclocked SD730G as it has teased for a while that the device will offer exceptional gaming performance. But, till the phone is officially launched, every information should be taken with a pinch of salt.

Moreover, in another leaked image, a new color scheme of the Poco X2 can be spotted but, it is not clear whether this image is legit or not. See for yourself:

Going by the leaks, it suggests that the Poco X2 will be almost similar to the Redmi K30 which sports a 6.67-inch display, quad-camera setup with a 64 MP (IMX686) primary camera, and a 4,500 mAh battery. With all these rumors, all the tech enthusiasts especially the Poco fans are pretty excited.

Let us know what are your thoughts about the processor and the new color scheme for the device and whether you are excited about it or not?

A fresh hands-on video has been leaked on Twitter indicating RAM variants of the Poco X2. In the video, it can be seen that it shows 8GB of RAM with 256GB of onboard storage.

In fact, in another leaked Geekbench listings by stufflistings, the device can be seen in two RAM variants i.e. 6 GB and 8 GB.

However, none of this is yet officially confirmed by Poco. We will have to keep you in the loop for further information in this regard. 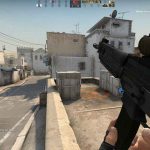 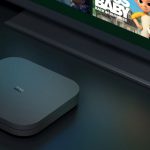 [Updated] Mi Box S Android Pie update: Here's how you can report bugs to Xiaomi or downgrade to Oreo