The Straw hats many more familiar characters of the One Piece world will be hitting Netflix soon in a One Piece live-action adaptation. Netflix announced on one of its official Twitter accounts NXOnNetflix with an image of Oda-sensei’s comment and announcement.

This came as a surprise to many fans of One Piece and the announcement received divided fan feedback on a Reddit discussion thread. The release date of the upcoming One Piece live-action series was not yet announced. However, we are given an idea of how serious the production will be.

I know I announced the production of this back in 2017, but these things take time! Preparations have been slowly progressing behind the scenes, and it seems that I can finally make the big announcement: Netflix, the world’s leading streaming entertainment service, will be lending us their tremendous production support! This is so encouraging!! How far will the story progress over the 10 episodes of season 1? Who will be cast!? Please be patient a little longer and stay tuned!!

So the first season will be ten episodes long. It is intriguing how Netflix would pull this off given the not so positive history of several live-action remakes of several famous titles including Dragonball Z, Death Note, and Bleach.

Tomorrow Studios is the company behind the project with CEO Marty Adelstein, producing the series. According to reports, the production cost per episode will range from 9-10 million dollars. This is quite big of a budget, but it will help the production be consistent with Oda’s condition to keep the series faithful to the story and the fans who supported the manga series for over twenty years.

This huge budget of the project was later confirmed with Adelstein’s statement in an interview regarding the One Piece live-action series:

I’ve been a fan of One Piece for the past twenty years. To be entrusted with such an important work by Shueisha and Mr. Oda is an honor. It’s with great enthusiasm that I will give my all to make One Piece a success. I think that this project could set a new record for the most expensive drama series in TV history.

The production team will also include Matt Owens who will be writing the screenplay and Steven Maeda who also posted the announcement on his Twitter account with the following statement:

Thrilled to be working on the live-action adventures of the Straw Hat crew with the supremely talented Matt Owens, Tomorrow Studios, and Netflix. Thanks to Oda-sensei for entrusting us with his vision.

For more updates on the development of the said series, follow piunikaweb.com. 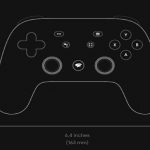 Is Google Fiber down for you? Here's how to check outage status