Smartphone photography has come a long way in the past few years. So good are these cameras that it is hard for anyone (except professional photographers) to justify getting expensive cameras.

Even phone makers like OPPO and Realme have cameras that do a more than decent job, enabling exquisite features like live bokeh, even in videos. Phones like Realme X2 now do support such selective background blurring while video recording.

A similarly spec’d device from the same manufacturer, however, isn’t as lucky. According to the OEM, Realme XT does not meet the minimum system hardware requirements to allow for this really cool video feature. This was in response to a user who sought to find out how to enable this feature on the Realme XT.

It is worth noting that both the Realme X2 and Realme XT were unveiled back in September 2019. They both feature 6.4″ Super AMOLED display panels with 4,000 mAh each. Where these two differ is when it comes to the chipset they run on.

Realme XT is based on aged Snapdragon 712 platform while the Realme X2 runs on Qualcomm’s Snapdragon 730G chipset.

Perhaps the limitation that Realme is citing for lack of bokeh video on Realme XT, stems from this difference. We believe so as these two are essentially related with each other in every other way, including camera sensors. 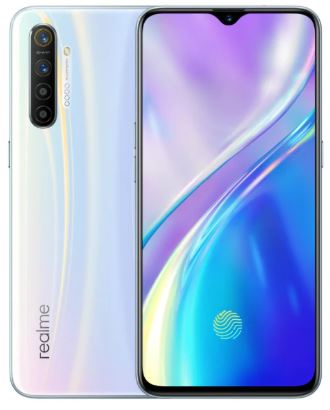 Most recently, Realme XT has received the official Android 10 update in form of Realme UI. You can learn more about it, and download the ROM for yourself over here.

The phone is also blessed with partial VoWIFI support, at least on Airtel India. Safe to say, Realme is doing a good job at taking care of its devices, but not beyond hardware limitations.

NOTE: We have these and many more Realme stories in our dedicated section. Check it out for the very latest.